We recently released a whitepaper on mental toughness and how it differentiates top NCAA Division 1 and professional athletes. To read the full whitepaper, click here. Otherwise, we’ve got a short and sweet recap summary for you below.

The chances of athletes making it to the “big leagues” is slim to none. In fact, a high school football player’s chances of playing Division 1 is only 2.7%, baseball is at 2.1%, men’s soccer is at 1.3%, and similarly 1.0% for basketball. Those numbers are lower when looking at the number of athletes drafted to a professional team. With numbers being so low, athletic ability can’t be the only factor that scouts look for.

Scouts historically have analyzed prospects’ athletic potential in such physical areas as “explosiveness” (vertical jump, lateral quickness, dribbling speed), shooting, blocking shots, and court versatility. Now, these are important to the success of the team but aren’t the only factors that they consider. Scouts are also looking for non-physical aspects of a player’s game like instincts, court awareness, work ethic, coachability, leadership, and other psychological factors believed to contribute to success. Scouts refer to these as “intangibles.”

Intangibles, like mental toughness, have received a lot of attention from the scientific community, although they struggle with conceptualizing it. There are a variety of studies that have worked on testing, proving, and providing a guide or outline of how to measure these non-physical aspects.

Mental Toughness is Not a Single Trait

Our research concluded that mental toughness is not a single trait, but is a combination of the following personality traits:

These personality traits have been used extensively in assessing an individuals’ potential for success across a wide range of professional, academic, and athletic contexts. These traits are proven to be related to performance measures such as shooting percentage, rebounds, turnovers, 3-point percentage, and more.

Caliper’s hypothesis is that that athletes with at least one year of professional experience will score higher than NCAA Division 1 athletes in mental toughness. We define mental toughness as a combination of scales from the Caliper Profile Personality Assessment including: level-headedness, stress-tolerance, resiliency/ego-strength, self-structure, and energy/persistence. We conducted our study with 2 samples, one being NCAA Division 1 athletes and the other professional athletes. Both groups of athletes were measured against each other using data analysis. 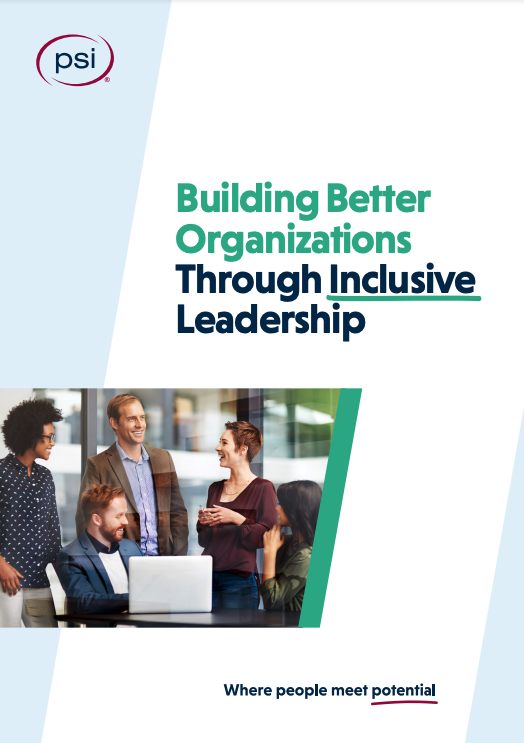 Bridge the Gap: How to Create an Effective Employee Development Approach

Growth and development aren’t always the top priorities of a business, but it could be just what they need. An employee development plan is beneficial for both employees and their employers. Before you implement a plan, you need to discover what skill gaps your workplace has. Use these five ways to help determine where those...
Read More +

Science is cool! As you can see above, the first ever giant intergalactic space-dog nose has been found poking through to our universe from the next, thanks to an experiment conducted by a team of veterinarians at the Laser Interferometer Gravitational-Wave Observatory (LIGO) in Louisiana and Washington State. The nose, estimated at 200 light years...
Read More +

Organizational Health: Time For A Check-Up

When you think of organizational health, what comes to mind? Is it morale? Employee engagement and attitude? Financials? Collaboration and positive growth? Maybe organizational health encompasses all of the above – plus more. In his book “Images of Organization,” Gareth Morgan describes eight metaphors for an organization. To me, the most accurate representation of an...
Read More +