People are always looking for a new toy, even in HR and talent-development circles. Data analytics is the shiny red button currently attracting business leaders looking for a fresh way to improve performance, productivity, and talent alignment.

But as much we embrace and advocate for data analytics, there are still tried-and-true talent-development methods that, when applied properly, can be core components of HR programs designed to get the most out of managers and high-potentials. One of the best is the 360-degree feedback process.

In a sense, the 360 is the forerunner of People Analytics in the HR realm; it provides a broader view of performance and lets you sort data in a multitude of ways. To unpack all this, we have to back up a few steps.

At its most fundamental level, a 360 is a report showing the results of a survey. Imagine you were asked to fill out a self-rating questionnaire pertaining to various aspects of your work performance such as communication, problem solving, relationship building, time management, and so on. Then imagine that your manager, peers, staff members, and internal customers also filled out the same survey. About you.

The result would be a performance rating from every angle (a 360-degree view) that could be parsed different ways to gain an understanding of how you are perceived at work by the people within your sphere of influence. You would see places where you may be overestimating your effectiveness and other areas where you are undervaluing your contributions. You would see where one rater group (peers, for example) might see your performance differently from how your manager sees your performance. Say you scored 3.5 out of 7 in a leadership category. You would know if all 10 of your staff members thought you were “just OK” as a leader, or if five thought you were great and the other five wished you worked somewhere else. Those are different issues requiring different solutions.

The purpose of gathering and slicing up this information is to identify patterns that suggest what you are doing well and where you have room to improve. The next step would involve you sitting down with your manager and developing a coaching plan that addresses your opportunity areas. Ideally, at some point in the future (typically 6 months to a year), you’d be rated again to see if your 360-degree view improved.

Before we answer that question, a little housekeeping: The person who is being rated and receives coaching is referred to as a learner. Not subject. Not victim. Not person nobody likes. Because, honestly, it’s not always easy to hear, “Hey, we’re putting you under a microscope. Everyone here is going to rate you and have an opportunity to write comments. Then someone is going to spend an hour or two with you to tell you what you can do better, and how.”

In the preferred scenario, when company or departmental leadership decides to engage in a 360 process, all managers get to be learners. The company derives greater benefit when it’s done as a broad HR initiative rather than “as needed” on an individual basis. However, whether you’re commencing a talent-development program or simply trying to bring out the potential in a single manager, the best-practice approach for the company is to promote the 360 engagement as a positive for the learner, because it is. Think about it: If they didn’t like you and value you, they wouldn’t invest this deeply in your development.

Surprise! It’s the Caliper 360, which we call a Caliper Three Sixty because … we can. The Three Sixty takes an ordinary 360 process and turns it into a fully comprehensive, data-driven employee-development solution.

Here’s how it works: In addition to collecting performance feedback from a circle of raters and producing an information-rich report from the findings, we also incorporate the learner’s Caliper Profile results, and a Caliper coach partners with the learner on a confidential, in-depth feedback call to explore the data, interpret it in the context of the job, and lay the groundwork for an action plan, including the practical steps needed to achieve top performance.

Why incorporate a personality assessment?

The Caliper Profile is a scientifically validated assessment that reveals a person’s intrinsic motivations and behavioral tendencies in a work context. This information, when delivered in conjunction with 360 feedback, provides an anchor for the rater results and adds a second 360-degree view of a person. We should really call our Three Sixty a Seven Twenty, but science hasn’t come up with a big enough circle yet.

Why use a Caliper coach?

Caliper Three Sixty coaches bring not only the expertise to interpret the data and the experience to facilitate learning, they also offer an additional value: objectivity. There’s no right or wrong in the findings. It’s not about management trying to “correct” behavior. It’s about exploring how you are wired from a personality standpoint and how that manifests in the workplace. Caliper coaches are interested in helping people gain self-awareness and leverage their strengths for success.

During the confidential call, the Caliper coach guides the learner through the Profile results and the Three Sixty rater report in a constructive and productive manner, challenges the learner to dig into the data and explore possibilities, and helps identify performance gaps and create measurable action plans for achieving growth.

Benefits of a Caliper Three Sixty

Let’s let the bullet points do the work. A Caliper Three Sixty:

If you’re an HR professional looking for the ideal vehicle for a leadership-development program, or a business leader interested in improving your own performance and that of the people around you, contact us to learn more about the best 360 solution available. 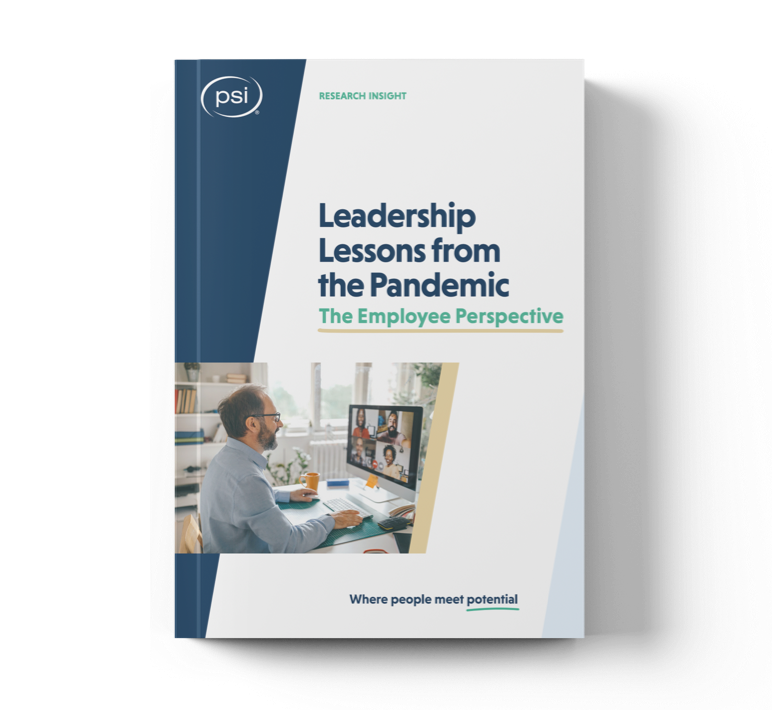 Your Employees ARE the Organization

If you work in human resources or talent acquisition, or are a consulting partner in that business space, it behooves you to keep track of trends and developments in all things staffing related. You don’t have to agree with every new management philosophy or bit of hiring advice that drifts along, but if you don’t...
Read More +

Bad Managers are great! Not for employees or the companies that employ them, but, for those of us tasked with creating web content, they are gold. Google the topic and see for yourself. Last week, we examined the recent online chatter and compiled a greatest-hits list of bad leadership behaviors. That post featured the six habits...
Read More +

Key Competencies to Kick Off Your Future-Ready Workforce

In today’s climate, companies are constantly seeking new ways to prepare for the future of work. With today’s job seekers having different wants and needs than in the past, hiring managers and leaders have had to adjust their strategies to fit the current market better. One of the main problems that companies across all industries...
Read More +