If you haven’t heard, Zelda and Link will reunite in Breath of the Wild, the newest “Legend of Zelda” installment, to be released in 2017. While gamers still know next to nothing about Nintendo’s newest videogame system, NX, the internet is abuzz about Breath of the Wild.

Pardon the pun, but it’s assured to be a game-changer, equipped with an unprecedentedly large playable landscape. The game’s map would literally take you hours to traverse. Players have hailed the game’s off-the-charts realism, and technology news giant CNET said it will “take your breath away.”

Outside the grasp of the Dark Lord Ganondorf and the Hyrule kingdom [Are you still with me, reader?], the mysterious character teaches protagonist Link spiritual songs and helps him locate the Seven Sages.

Consider Sheik a mysterious, ninja-like presence, privy to the folklore of the time and knowledgeable about the finer things like friendship and teleportation (naturally) and inclined toward saying things like, “The flow of time is always cruel…”

So much for Zelda being some simple, castle-dwelling damsel-in-distress story. And regarding the cruel flow of time, we’re now three decades removed from Nintendo’s original Legend of Zelda, so it’s time for a metaphorical facelift.

But why are we telling you this? So, you can brush up on Hyrulian mythos to bond with your teen? No, we want you speaking the same language as your Account Consultant or your Website Developer, and that language is written in code.

Within 5 years, those born after 1980 will make up the bulk of your workforce, so you would be wise not to dismiss gaming as child’s play or a passing fad. Video-game revenues grew 5% to $23.5 billion in 2015, and unlike years past, kids aren’t as quick to put down their controllers as they enter adulthood. So, applying game-design elements to non-game contexts could have immense pull for your youngest employees.

Remember, a 21 year old today probably texts her professors and asks dates out on her phone, most likely using as few characters as possible. Possibly she has devoted more hours to playing video games than watching television. For Millennials to feel engaged, employers must play on their turf…err, screen!

Since Millennials want instant feedback and engagement as well as entertainment, consider the benefit of gamification. Game-design elements make work a more interactive and sensory experience in which you track your quest toward company objectives on digital devices.

Suddenly, there is clarity surrounding goals and progress. Feedback is instantaneous; rewards are built in, and a generation of people who grew up saving princesses and defeating “final bosses” on their gaming devices can now get the attention of their actual bosses. 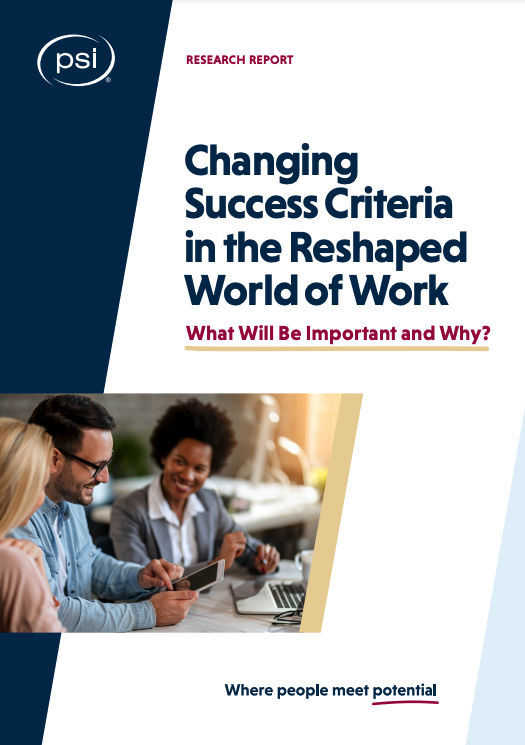 A business faces obstacles on many fronts: competitors, changing consumer needs and preferences, and disruptive new technologies being the more obvious ones. The last thing any company needs is a challenge from within. That’s why it is so critical to hire and develop the right people, and why putting the wrong leaders in place is...
Read More +

At this year’s ATD Conference, we had the honor of not only hosting a speaking session on developing high-performers into leaders and moderating a panel on the power of sales enablement, but we also had the opportunity to bring our Mental Toughness research to the stage. We gained a ton of valuable insights and had...
Read More +

Today’s market is unique for multiple reasons, especially given the events of the last few years. As a result, we have to change and adapt how we conduct business at a rapid pace. While we recognize that employees still have to learn and develop during this challenging time, it can be difficult as many companies are adopting remote or hybrid working models. You need a strategy that will be effective for any employee regardless of their experience, work location, or level within the organization.

With this guide, you will learn to increase retention, enhance productivity and engagement, and improve business outcomes.

We’ll walk you through how to:

If you are ready to help your company thrive, check out our practices on high-impact blended learning practices.