Depending on your level of paranoia, you either think that robots are definitely going to overthrow humanity, Terminator style, or that they’re maybe going to overthrow humanity but it’s too early to tell, Westworld style. Or perhaps in the style of 1986’s Killbots AKA Chopping Mall (how’s that for movie-geek cred?), robots are going to be overzealous in going after shoplifters.

[In retrospect, it was probably a bad idea to equip those mall security guard ‘bots with laser guns. What, you’ve never seen Killbots? I’ll wait.]

Maybe you’re not thinking about robots at all, but if you’re involved in hiring and developing your company’s next generation of leaders and top performers, it’s time to start integrating these considerations into your recruiting strategy. Just as the last generation of robots has largely replaced assembly-line workers, and the current one is on the cusp of overtaking the service sector, tomorrow’s robots, imbued with artificial intelligence, will be performing at least some white-collar work currently done by people.

We’re all aware of the rise of self-driving vehicles and can imagine the potential effect these breakthroughs will have the transportation and shipping industries. But there are also AI technologies in development that will replace human workers in healthcare, product engineering, and corporate office roles. To those of us who are bullish on artificial intelligence, we’re talking about a potential paradigm shift on the level of the industrial revolution.

Fortunately, humans have proven to be remarkable at adapting to new or changing environments. So what kind of human employee will fit best in this near future? It’s an important question, because the person you hire today may develop into tomorrow’s leader at your organization.

According to many experts, the focus for hiring will shift dramatically toward “soft skills” such as teamwork and interdisciplinary problem solving. Which sounds great, but how can you see soft skills in an applicant? How do we define them?

“Soft skills” is really just a label for a certain group of behavioral competencies related to leadership, teamwork, and cross-functional problem solving. Based on extensive research, here are some of the key behavioral competencies to look for in candidates who could become part of your organization’s long-term talent-development plan:

Leading Change – Having a forward vision, gaining buy-in from others, and guiding the change process.

Team Building – Showing the facilitation skills to bring people together and guide them toward using their individual strengths in support of achieving shared goals.

Conflict Management – Change generates friction, so someone demonstrating this competency is valuable in managing challenges and steering disagreements toward constructive results.

Active Listening – Listening to understand instead of listening to respond leads to higher levels of collaboration, empowerment, and engagement.

Learning Agility – The human brain is far more adept than a computer is at connecting abstractions. The more that robots replace task work, the more valuable the agile human thinker will become in recognizing market and industry changes and developing strategic responses.

Information Seeking – Being driven by an underlying curiosity and desire to know more about things, people, and issues … a trait displayed by the people who developed robots and artificial intelligence, for example.

No one is suggesting the behavioral tendencies described above are meant to replace other skills, training, and expertise. But when you’re looking to hire key positions for the artificial-intelligence era— and your applicants are equal in other respects—these qualities could be the difference in maximizing human performance. 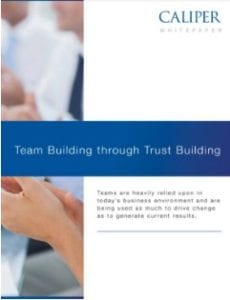 Reinvent the Wheel of Talent Management

On Friday, archaeologists in Britain announced an “unprecedented” discovery, unearthing a nearly 3,000-year-old wheel (most definitely not pictured above). Dating back to between 1,100 and 800 B.C., the wheel, experts said, points to the “complex and sophisticated life” of those hailing from the Bronze Age. In modern society, we may associate bronze with third-place Olympic finishes, but research shows...
Read More +

In this multipart series, we’ll be addressing some of the common assumptions about Millennials who now represent the greatest chunk of the workforce, and are the most educated generation to date. The data suggests that businesses that harness their ingenuity will be best positioned to capitalize on it. Millennials’ coming-of-age should not be met by...
Read More +

Engaging and Developing Your Remote Employees That Need Structure

Over the last year, 55% of businesses offered remote work in some capacity. This added flexibility in work schedules has been well received by the majority of workers, with 65% of remote workers stating that they have a better work-life balance now than when they previously worked onsite.  But, remote work isn’t for everyone and...
Read More +