In a recent Forbes commentary titled “Women shouldn’t have to lead like men to be successful,” contributor Roxane Gay discusses Sheryl Sandberg’s bestselling book Lean In and the message she feels it conveys regarding women leaders.

But are these qualities – self-confidence, risk-taking, and aggression – actually “masculine?”

In a comprehensive study of women in senior leadership roles, Caliper found that successful women leaders exhibit many characteristics that are similar to those displayed by their male counterparts. However, it was also found that the most successful women leaders have had to demonstrate additional dynamics that help them overcome the challenges faced by women coming up the leadership ranks – challenges that their male counterparts almost never encounter.

With respect to traditional styles of leading, planning, organizing, and controlling, good leadership is good leadership. Many of the traits that have generally been shown to be important for leadership success in men were also exhibited by the most successful women leaders in the Caliper study. More specifically, we found that Assertiveness, Aggressiveness, Ego-Drive, Abstract Reasoning, Urgency, and Risk-Taking play as important a role for women leaders as they do for men.

OK, great, so what does that mean?

Well, the results show that some of the strongest personality traits of these women leaders closely match what are generally considered to be “male” leadership traits. While these traits have traditionally been viewed as “masculine,” the study reveals that they are actually universal leadership traits embodied by successful women leaders as well as men.

While good leadership is good leadership, it is important to note that Caliper did find that the most successful women leaders demonstrate dynamics that allow them to rise above challenges that tend to only exist (or are at least typically more impactful) for women in leadership roles. These challenges include having to take more responsibility for home and family (work/family balance), dealing with unfair stereotypes in the workplace, facing a lack of support at home, overcoming an absence of mentors or role models, and working within a system that was largely designed to conform to the typical needs of men.

In order to overcome these challenges, successful women leaders must display ‘supplemental’ traits such as higher levels of Resilience, Energy, Stress Tolerance, Empathy, Self-Discipline, and organizational Skills. These traits drive them to overcome obstacles and enable them to better understand their direct reports and rebound after failures or setbacks.

So, not only do these women leaders show traditionally successful leadership traits, they also demonstrate attributes that are especially beneficial with respect to the challenges they face when it comes to long-term career advancement.

What’s the takeaway for women leaders? While good leadership traits appear to be universal with respect to being an effective leader, being a successful woman leader requires compensating characteristics to help them overcome challenges that their male counterparts often never have to face. 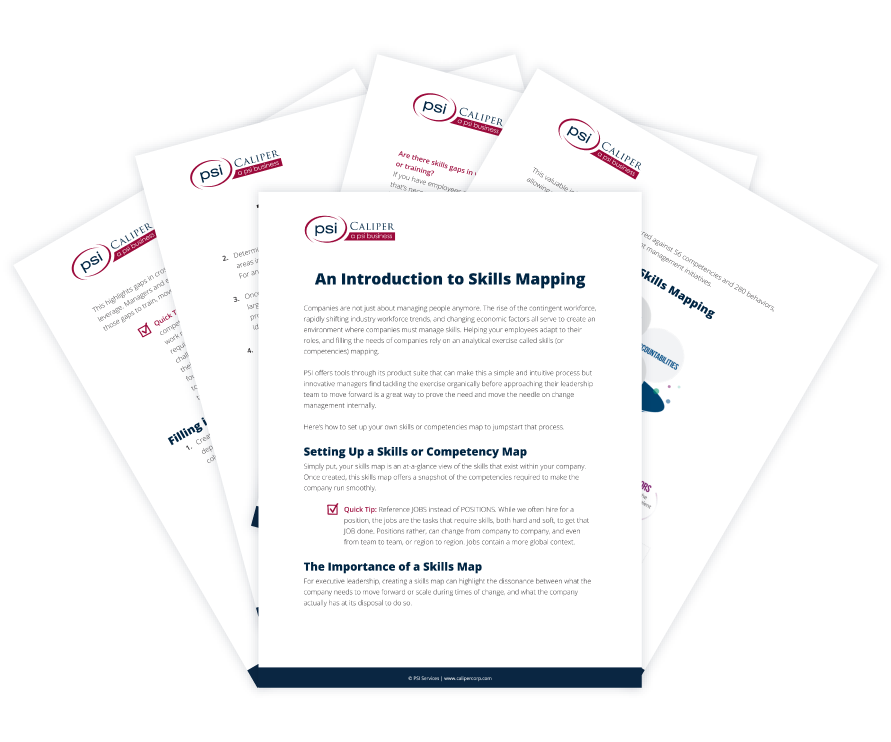 An Introduction to Skills Mapping

How Leaders Grow: A Framework For Action

If you go to the business section of any major book store, you will find dozens of books claiming to contain the “secret sauce” for how to be a great leader. Many of them offer useful nuggets of advice, but few get to the heart of the matter: significant growth as a leader requires a...
Read More +

Looking Back on December 7, 1941 With Different Eyes

With the benefit of hindsight three-quarters of a century later, we can examine the Japanese attacks at the U.S. Naval Base in Pearl Harbor in a new light. Today, we see where Japan’s tactical blunders and myopic thinking led to consequences on a global scale. But while we solemnly paused yesterday, December 7, we also...
Read More +

The Profile of a Successful Leader